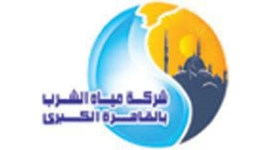 This project comes as an integrated project for Greater Cairo Water Company, it depends on building an integrated system and not individual applications so that the application of receiving complaints and communications is integrated with the rest of the applications and the application of CCC and depends on a dynamic workflow engine where the complaints and communications work cycle is designed on the workflow, so that each of a communication or complaint is a transaction that has an archive and has many capabilities
- Linking with the outputs of the existing work environment in the GCWC, where a mechanism was developed to take advantage of the existing data and integrate it with the new system.
- assessment of data in the GCWC, where the existing databases there reviewed and evaluated, and a report was submitted to the review process, where GIS department in GCWC supported with guidelines to improve the existing data. And ISO standards were followed in the data assessment process.
- An open source web publishing map server provided
- Developing a dynamic workflow engine and developing workflow steps through a dynamic screen.
- Developing an integrated system to receive complaints and communications and following up on the progress of complaints and communications from the moment the notification occurred until taking steps and solving
the existing problem, whereby communications are received within the system from different sources, whether from citizens or from field worker or through IoTs or by operating departments.
- Application of projects
- Developing a mobile application for citizens working in two directions, the citizen can communicate with the company and the company can inform the citizen of any notifications through it.
- computer aided dispatch system CAD, which includes a system for identifying resources, whether fixed or mobile, as well as a mechanism for distributing teams and units, responding to malfunctions and performing maintenance.

• The project is considered the first of its kind in terms of volume of applications, as a unified work environment.
• The first water company to implement CCC based on geographic information systems.
• Fully automate the procedures of some departments using a dynamic workflow engine.
• A unified system for receiving complaints and communications from various sources through a unified system.